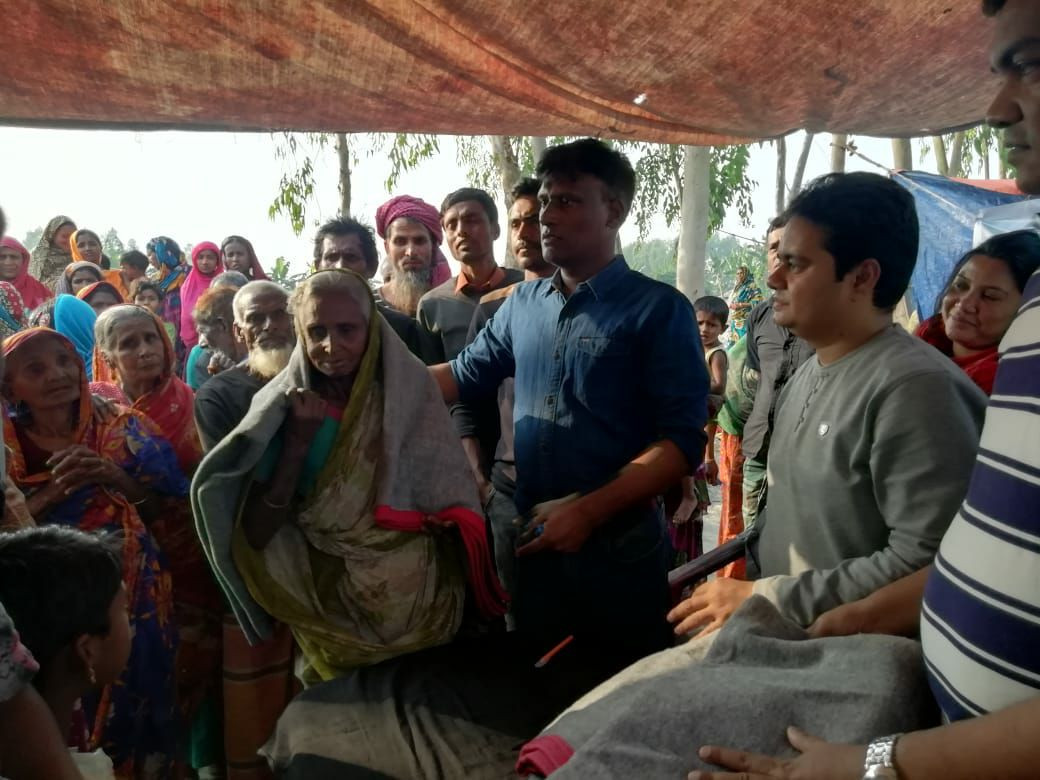 On 15th January 2020, the officials of Support for Rural Advancement in Badhiakali region organized 2 different welfare camps in Pepuliar char of Fulchori union and Golna char of Gozaria union for blanket distribution among the ultra- poor char residents to protect them from the paralyzing cold of the winter months. The camps were set up in the houses of the leaders of Support mohila samiti, Rabeya Begum and Sumona Khatun, from where 450 blankets were distributed. Most recipients of these two unions are the beneficiaries of Whole Planet Foundation’s mirco-loan programme.  In total 280 females, 130 elderly men and 40 orphans received blankets.

However, in response to the dire need of the warm clothing of the residents of different chars of Haripur union another 100 blankets were distributed, even though they are not members of Support.